I was watching a sermon from Pastor Shawn Johnson of Red Rocks Church that is located in Colorado. Like his other messages, this one was another good one, but it moved me to write. He gave many examples of what faith could be, and what many don’t experience. For him, one instance sent him on a downward spiral to deep depression.

He spoke of being on the floor, so deep into despair that he could not get up. His wife Jill persevered with him, even if that meant being on the floor with him. This season kept him from being pastor at Red Rocks, as he needed to work on himself. After he got better, he went to visit his spiritual father, who gave him a simple bit of advice. He asked Shawn if he spent time with God, not because he was searching for the next sermon, or he needed a scripture to base the sermon on, but if he listened to worship music and spent time with God.

Shawn had to regrettably admit that he had not. What did he have to do, and how can this be applied to the faith walk of the believer?

In his sermon series 167: Stay Home Faith, the main theme is this:

Therein is the difference between experiential faith and knowledgeable faith. Being knowledgeable in something does not necessarily mean one has experienced it. So for example, if wedding vows said at the wedding ceremony are full of beautiful prose from each soon-to-be spouse to each other that makes the audience swoon and get teary-eyed, Shawn suggests in a funny way that that not be done. Instead he offers they not say vows like that, but wait at least a couple of years, and see if they can still say such lovely words to each other. By that time there married life has been  experienced, and maybe the words will have changed.

Or how about this one? Reading children books on how to be a parent is way different than taking the baby home and starting the years of experience of actually being a parent. The nights of staying up with the baby, not having a clue of how to stop the crying, then fast forward to experiencing how to deal with that child when he or she becomes a teenager.

But once one experiences what it is like in each of these instances, living life is so much different. Now the knowledge has linked up with the experiential, and life is now rooted and grounded, becoming richer because of the experience.

During the sermon, a picture was posted on the screen, giving an aerial view of a neighborhood that had been devastated after hurricane Harvey. The majority of the homes were flattened… except for two.  These two houses may have been damaged, but both were not flattened, they still stood after withstanding the forces of the storm. Here are the pictures: 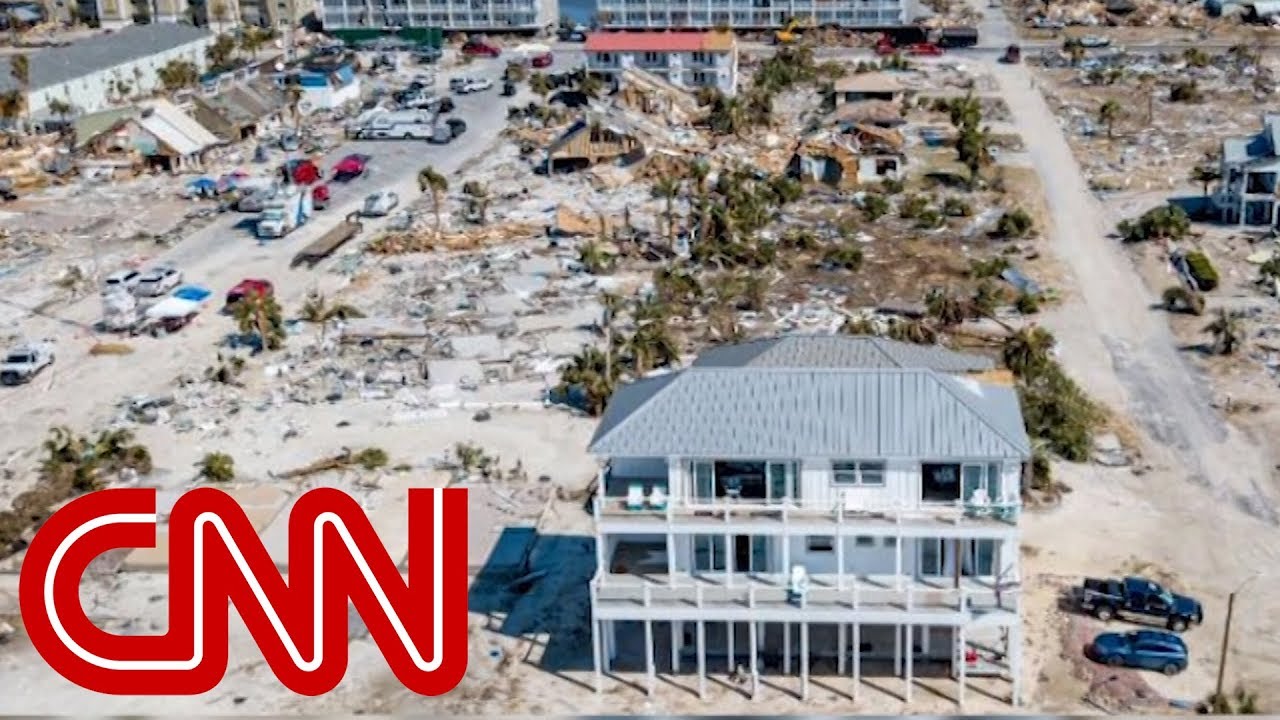 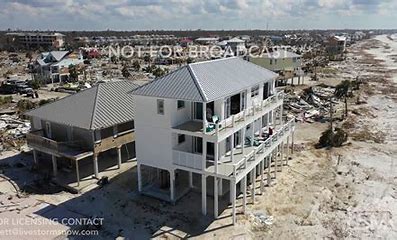 The white house was closest to the beach. When interviewed, those that built the home stated that the foundation was built way down beneath the surface in preparation for any storms that may come. The other house seemed to be protected by the white house during the storm.

Jesus taught on this wise:

One hour of going to church is not enough. Spending time obtaining knowledge to complete a sermon is not enough. Reading about being a parent is not the same as actually being one, and saying vows at a wedding ceremony need to be coupled with the experience of married life. The experience of reading God’s Word, having it implanted in your heart is how foundation is established. Learning how to pray is one thing; actually doing it is quite another, as praying causes the relationship between you and God to flourish and deepen. Asking God for help brings him into the situation, causing the foundation of faith to become take root, giving the believer not only a knowledge of knowing what could happen, but experiencing what has taken place. This type of faith, when molded with the experiential, offers a foundational faith that can withstand the storms of life, allowing the believer to stand.

So what can you do with the remaining 167? I hope you will apply a chunk of it to foundation-building…be strengthenized.